Is it being a good World Cup?

It is difficult to answer that question, especially since everyone has experienced the World Cup in a different way.

But what we can say is that the group stage of the championship has been intense and that the third day of the different groups, in some cases, has been heart-stopping.

As examples: Japan eliminates Germany, Morocco does the same with Belgium, and South Korea with Uruguay.

At BBC Mundo we tell you what the good, the bad and the most curious of this first phase of Qatar 2022 have been for us.

The pairing of the selections: seven of the teams that are in the Top 20 of the FIFA ranking were eliminated in the first round or did not qualify for the World Cup.

Teams like Morocco, Australia, Senegal or Japan, who did not arrive as favorites to qualify for the next round, did so, and some even led their groups in their pass to the round of 16.

It is the first time in the history of the World Cups that there will be a team representing each continent in the second phase: Asia, America, Europe, Oceania and Africa.

And it is the first time since the World Cup was expanded to 8 groups in 1998 that no team has achieved three victories and 9 points in the first phase, perhaps an indication that the level of the teams is more even.

To this is added the historic victory of Saudi Arabia over Argentina, that of Tunisia over France and that of Cameroon over Brazil. Despite being eliminated, the truth is that their triumphs will remain in the soccer album forever.

In terms of talent, the future looks hopeful with the appearance of several young figures: Jude Bellingham from England, Jamal Musiala from Germany, Mohamed Kudus from Ghana, Pedri and Gavi from Spain; the Argentines Julián Álvarez and Enzo Fernández; and the Dutch Cody Gakpo, among others.

None of them is over 23 years old, but they are essential for the functioning of their teams.

Good performance: Despite the fact that Qatar 2022 has seen a narrowing of the gap in the level of the teams, there are a couple of powers that have shown their power.

Brazil -with a constellation of strikers led by Neymar Jr. reminiscent of the golden years of Ronaldo, Ronaldinho and Rivaldo or even the famous scratch of Mexico 70- has shown a level that, despite the defeat against Cameroon on the third day with a team full of substitutes, it puts him in the first position to win the FIFA trophy.

Even with the injury to the PSG star in the first match, Brazil has shown that they have various alternatives to solve difficult games.

The case of France also deserves a mention: since 2002, most of the world champion teams faltered when defending their title in the next World Cup, but until now -and despite the defeat against Tunisia- les Bleus have managed to reach the round of 16 as first of their group and keep the tag of favorites.

The list of referees: For the first time in the history of the World Cups, three women referees were in charge of administering justice on a soccer field.

The French Stephanie Frappart, the Brazilian Neuza Back and the Mexican Karen Díaz directed the exciting Germany-Costa Rica match, which despite the German victory 4-2, ended with the elimination of the European team from Qatar 2022.

Germany, four times world champion, has failed to get past the group stage for the second time in a row at a World Cup.

It had already happened in 2018. And now in 2022 they were left out after losing surprisingly to Japan, not being able to beat Spain and beating Costa Rica to no avail.

The case of Belgium is also surprising. The golden generation of Belgian football led by Kevin de Bruyne, Eden Hazard and Romelu Lukaku failed to advance from the group stage where they were largely outclassed by the pleasant surprise that is Morocco.

Will it be the last dance for this talented group of players?

To this must be added the poor performance of the Concacaf and Conmebol teams.

Canada, Costa Rica and Mexico were eliminated in the first phase. Only the USA is present in the round of 16.

The thing about Mexico is also worrying: it is the first time since 1978 that El Tri has not landed in the round of 16 of a World Cup.

And Uruguay and Ecuador also failed to pass the round. Only Brazil and Argentina showed their faces for South America. The last time this had happened was in Korea-Japan 2002, when only Paraguay and Brazil -later champion- qualified for the second round.

Now, the local is not far behind when it comes to the negative balance: Qatar is the first host team that does not achieve a single point in the group stage.

In fact, it was the first team to be eliminated, precisely, from Qatar 2022.

The censorship of “Only one love”: without a doubt, Qatar has been one of the world cups with the greatest political manifestations.

One of the controversies was carried out by the bracelet that the players of some European teams such as Germany, England and Denmark wanted to wear with the message One Love (“one love”) with the rainbow flag in support of the LGTBIQ + community.

However, FIFA informed these teams that the players who wore the bracelet would be penalized for sports, that is, they would receive a yellow card.

For that reason, no player could wear the bracelet with this message.

The VAR: It has not been a World Cup where the issue of arbitration has stood out for its successes.

The matches have been full of controversial decisions, especially due to interpretations in the referee’s visual assistance system, better known as VAR.

One of the best examples was the penalty awarded to Argentina in the match against Poland for an alleged foul on Lionel Messi and that the images did not help to clarify.

In addition, the debate on whether or not the ball came out in the play of Japan’s second goal against Spain on Thursday highlighted the lack of technology that allows a decision to be made without controversy.

Perhaps the only salvageable thing is the semi-automatic system that detects the misplaced.

The protests: one of the most emotional moments of this World Cup was when, during the official acts of the match between Iran and England, the Iranians decided not to sing their anthem, which was interpreted as a sign of protest.

Demonstrations against the government have been taking place in Iran for a few months now, leaving nearly 400 people dead and thousands detained.

A few days later, the Italian Mario Ferri invaded the pitch where the Portugal-Uruguay match was being played wearing a rainbow flag and a shirt with messages of support for Ukraine and the women in Iran.

The stadiums: It was the first World Cup in which there is air conditioning in the stadiums.

Added to the cold was that, a few hours before the tournament began, the organization prohibited the sale of alcoholic beer inside the stadiums.

In several matches, the fields have not been full as in other World Cups.

The Endless Matches: It was a surprise for everyone when, during the first matches, additional times began to appear that exceeded the usual averages.

Six, seven or even ten minutes were added in the early stages of various games, something that had not been seen in a World Cup.

Pier Luigi Collina, the arbitration coordinator for FIFA and Qatar 2022, pointed out that a higher effective game average was sought and that is why extra times were going to increase.

“If four goals are scored, four minutes are lost. One for each celebration. That must be replaced,” said Collina, who asked the referees to add the time they deem necessary.

Remember that you can receive notifications from BBC Mundo. Download the new version of our app and activate them so you don’t miss out on our best content. 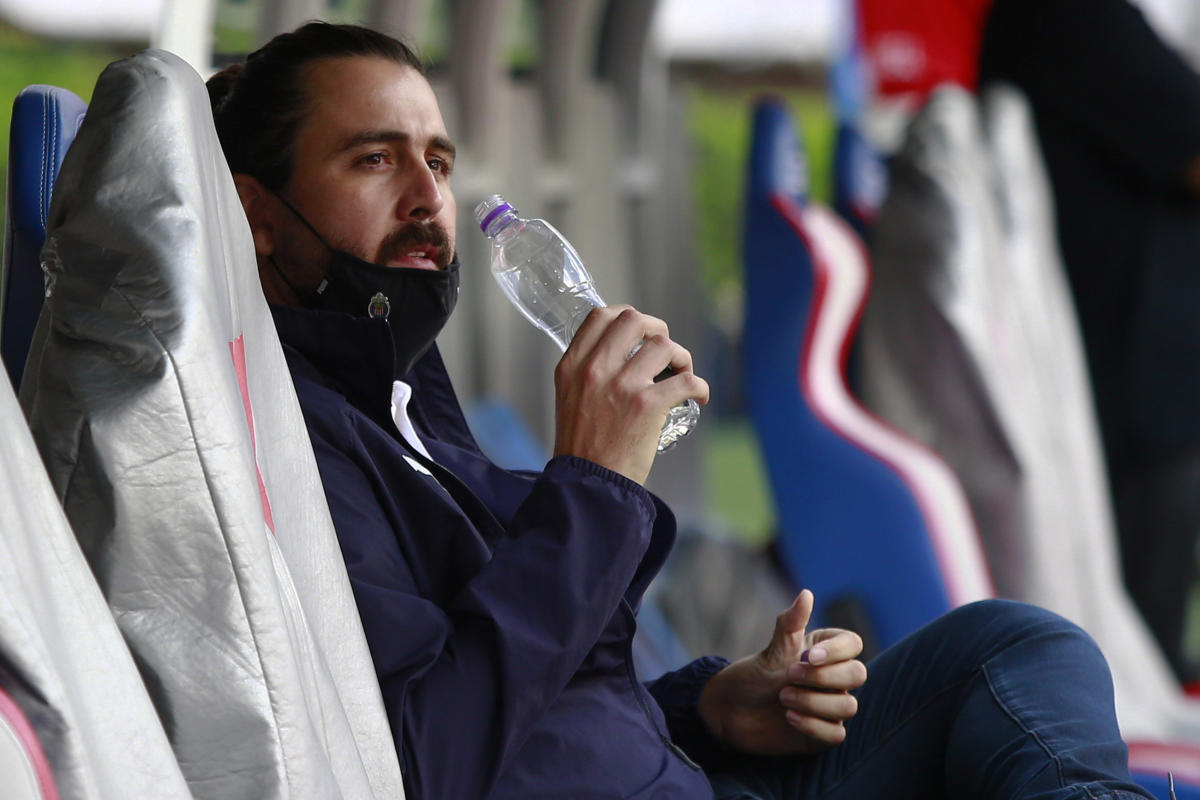 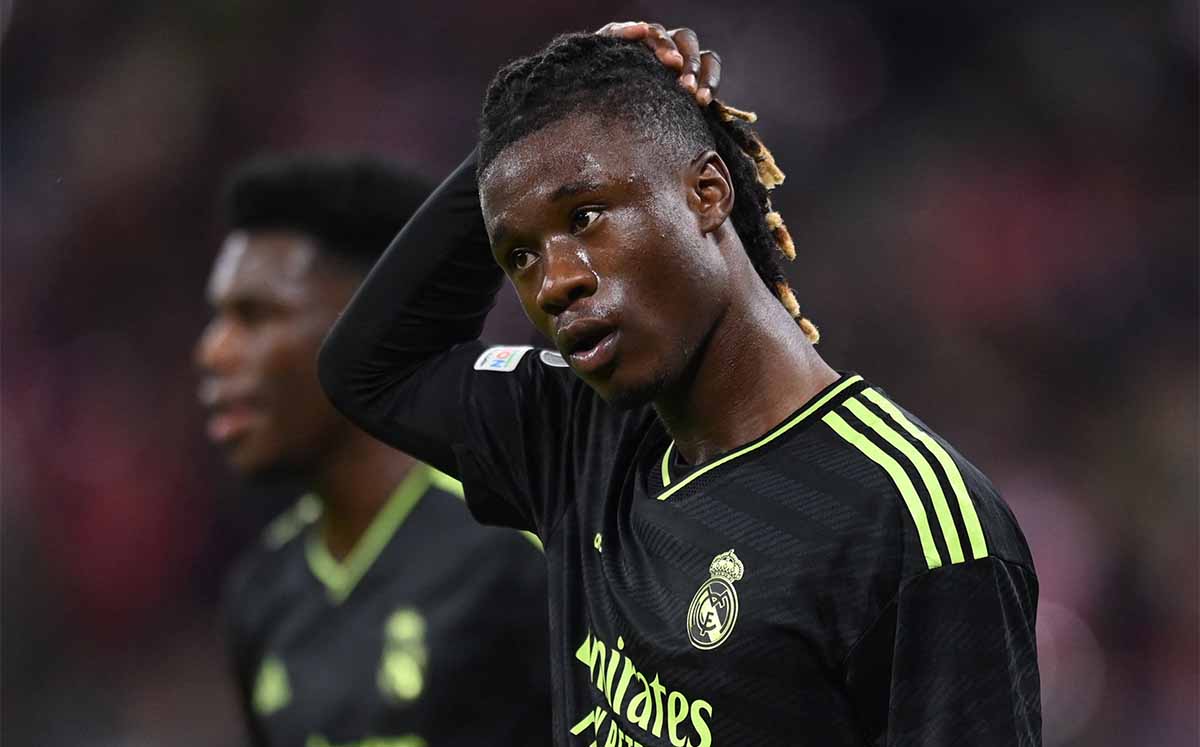