A new study from Stanford University in the United States suggests that pandemic-related stressors have physically altered the brains of adolescents. so much that their brain structures have changed in such a way that it seems that they are several years older than the brains of comparable peers before the pandemic, according to their authors published in the journal Biological Psychiatry: Global Open Science and collects Europa Press.

Only in 2020, the reports of anxiety and depression in adults increased by more than 25% compared to previous years. The new findings indicate that the neurological and mental health effects of the pandemic on adolescents may have been even worse.

“We already know, thanks to global research, that the pandemic has negatively affected the mental health of young people, but we didn’t know what, if anything, it was doing physically in their brains,” he says. Ian Gotlib, Professor of Psychology David Starr Jordan in the College of Humanities and Sciences, who is the first author on the paper.

The changes in the structure of the brain occur naturally as we age, says Gotlib. During puberty and the early teen years, children’s bodies experience increased growth of both the hippocampus and the amygdala, areas of the brain that respectively control access to certain memories and help modulate emotions. At the same time, the tissues of the cortex, an area involved in executive functioning, become thinner.

By comparing MRIs of a cohort of 163 children taken before and during the pandemic, Gotlib’s study showed that this developmental process accelerated in adolescents when they experienced covid lockdowns. Until now, she says, these kinds of accelerated changes in “brain age” had only appeared in children who had experienced chronic adversity, whether from violence, neglect, family dysfunction or a combination of multiple factors.

“It’s also not clear whether the changes are permanent,” says Gotlib, who is also the director of Stanford University’s Laboratory for Neurodevelopment, Affect, and Psychopathology (SNAP). Will his chronological age eventually catch up with his “brain age”? If his brain remains permanently older than his chronological age, it’s unclear what the results will be in the future. For a 70 or 80 year old, you might expect some cognitive and memory problems based on changes in the brain, but what does it mean for a 16-year-old if his brain ages prematurely?

A study that began before the pandemic

Originally, he explains, his study was not designed to look at the impact of covid on the structure of the brain. Before the pandemic, his lab had recruited a cohort of children and adolescents from the San Francisco Bay Area to participate in a long-term study on depression during puberty, but when the pandemic hit, he was unable to perform the MRIs scheduled for those young people. “Then nine months later, we had a hard reset,” Gotlib recalls.

By the time Gotlib was able to proceed with brain scans on his cohort, the study was a year behind schedule. Under normal circumstances, it would be possible to statistically correct for the lag while analyzing the study data, but the pandemic is far from a normal event. «That technique only works if you assume that the brains of 16-year-olds Today they are the same as those of 16-year-olds before the pandemic with respect to cortical thickness and the volume of the hippocampus and amygdala, “he points out.

“After analyzing our data, we realized that they are not,” he adds. Compared with adolescents tested before the pandemic, those tested after the pandemic lockdowns not only had more severe internalizing mental health issues, but they also had thinner cortical thickness, larger hippocampal and amygdala volume, and older brain age.«.

These findings could have important implications for other longitudinal studies that have covered the pandemic. If children who experienced the pandemic show accelerated development in their brains, scientists will need to take that abnormal rate of growth into account in any future research involving this generation. “The pandemic is a global phenomenon: there is no one who has not experienced it,” he recalls. There is no real control group.”

These findings could also have dire consequences for an entire generation of adolescents in the future, added co-author Jonas Miller, who was a postdoctoral fellow in Gotlib’s lab during the study and is now an assistant professor of psychological sciences at the University of Connecticut.

“Adolescence is already a period of rapid reorganization in the brain, and it’s already linked to higher rates of mental health problems, depression, and risk-taking behaviors,” Miller says. Now there’s this global event, where everyone experiences some form of adversity in the form of disruption to their daily routines, so it could be the case that the brains of boys who are 16 or 17 today are not comparable to those of their counterparts a few years ago«.

Now, Gotlib plans to continue monitoring the same cohort of children throughout adolescence and youth, to see if the covid pandemic has changed the trajectory of their brain development in the long term. He also plans to follow the mental health of these teenagers and will compare the brain structure of those who were infected with the virus with those who were not, with the aim of identifying any subtle differences that may have occurred. 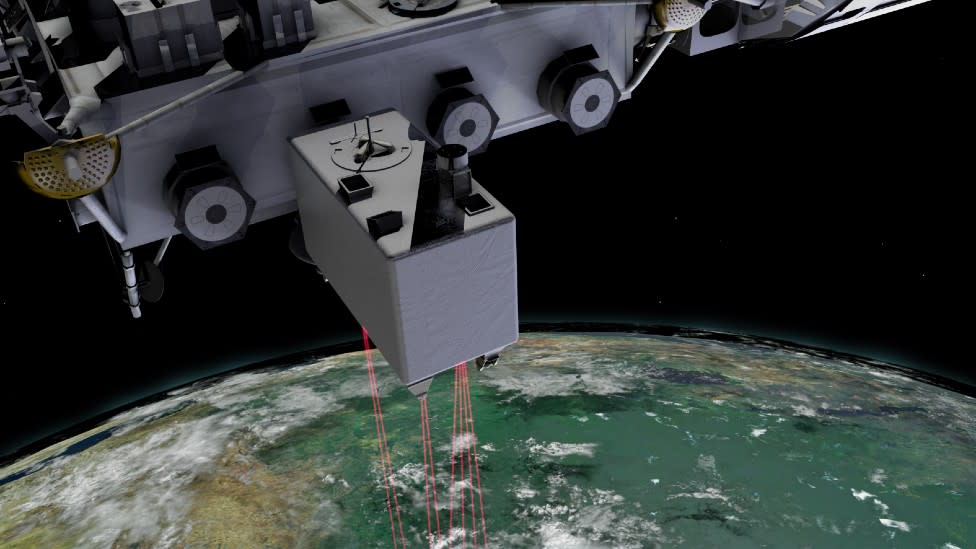 Why NASA shoots lasers at trees from the International Space Station

What is the meaning of the Christmas tree decorations?

NASA confirms which is the coldest place on the planet, this is how it looks