San Elizario— Stemming from an allegedly false claim to an insurance company, San Elizario, Texas Mayor Isela Reyes was arrested on insurance fraud charges by elements of the Sheriff’s Office and taken to the El Paso County Jail.

According to the police report, Reyes was arrested on Tuesday, January 10, and charged with insurance fraud of more than $2,500 and less than $30,000, a state felony.

Court documents establish that the event occurred on March 6, 2022, after his now former employee, named Oscar Cantos, had a traffic accident and collided with Reyes’ vehicle, a Cadillac CTS, which was parked outside his address, located at 841 Montellano.

According to legal documents held by El Diario de El Paso, once the mishap was committed, Cantos notified Reyes of what had happened and she told him not to worry, that’s what the car insurance was for.

The investigation establishes that Reyes committed insurance fraud when he proceeded to file an insurance claim for the accident with Farmers Insurance earlier that day under policy number 0518058987.

Before the personnel of the insurance company, Reyes gave a recorded testimony, via telephone, about the accident, in which he explained that he noticed the damage to the vehicle at 10:41 am, while he was going to work, and then took a photo of the damage to the Same time.

Reyes obtained the accident case number 2022037492 and sent photos of the vehicle damage and the police report number to Farmers via text message on March 7, 2022.

The day after the incident, Reyes also called the command of the San Elizario City Marshals to falsely report the circumstances of the accident, stating that the accident had been caused by a hit-and-run driver and he had no information about the accident. the offending vehicle.

The investigator of the case said that Reyes exposed that the accident had occurred at an unknown moment before he realized the damage and did not know who had crashed into his car.

In the sworn statement, a former employee of the mayor, identified as Michelle García, presented information to the Police in which she assured that she had been at a meeting between Cantos and Reyes, while they were still employees of Reyes, in which she learned that Reyes had covered for Cantos in the accident that occurred in March, as Reyes and Cantos had an argument over the incident.

Derived from this and days after the incident began to be published on social networks, implicating Reyes in insurance fraud. In September 2022, Reyes began to get nervous about the information published, so she contacted the commander of the Sheriff’s Office Ryan Urrutia, on September 8 of last year by telephone.

In that conversation, Reyes explained to Urrutia his frustration with Cantos and the information that was published about her, confiding in him that he had been the one who had published information about her on social networks.

The same court document establishes that the telephone conversation between Reyes and Commander Urrutia was witnessed by García, who was in the room with Reyes and recorded it on his telephone. Garcia later voluntarily turned over his phone recordings to law enforcement.

After the police investigation and 10 months after the accident, Reyes was arrested by detectives from the Sheriff’s Office assigned to the FBI’s West Texas Border Corruption Task Force, which was implicated as an elected public official. in functions. 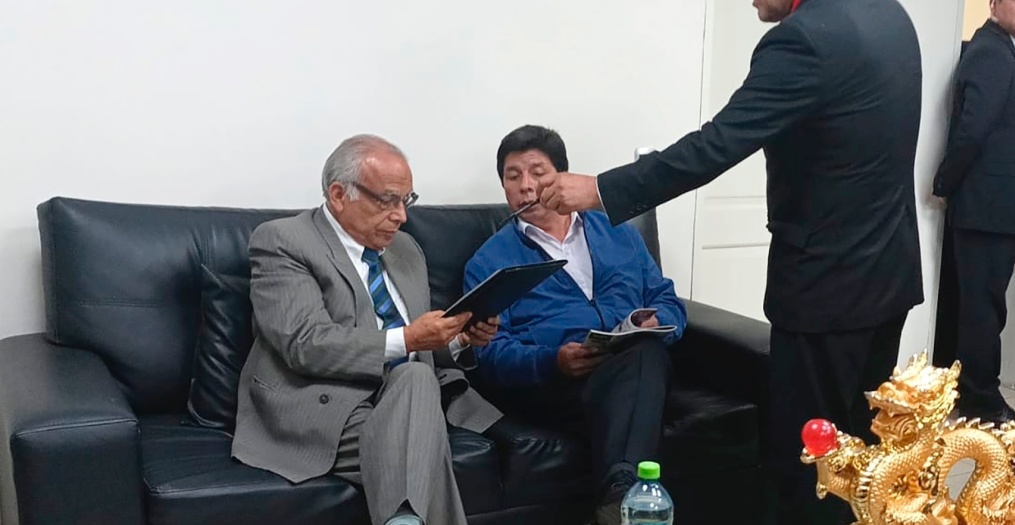 Pedro Castillo was drugged to order the coup in Peru, hints ex-official

EU: a woman and a fox in rage fight; attack goes viral

In Peru, a fireworks warehouse explodes: at least one dead and 40 injured