Scientists and aerospace study centers warned that a chinese rocketwhich is found out of controlcould impact against Earth this Saturday; however, the precise place and time where he will do it is unknown.

It is the core driver of the Long March 5B spacecraft, which was launched into space with the third and last experimental module on October 31 by the National Space Administration of China (CNSA).

Learn more: VIDEO: This is how the Crew-5 mission rocket that travels to the International Space Station took off

The Chinese rocket booster will have an uncontrolled re-entry to Earth, because this part of spacecraft is not designed to reach orbitsince when the fuel runs out, it separates and falls from the sky.

Thus, their trajectories are planned so that once they fulfill their function, they fall into a safe area; however, it did not break away and reached Earth’s orbit, causing its re-entry cannot be controlled.

In this way, there is great uncertainty about the place and date in which the booster will fall from the rocket core, which has an estimated weight of 22.5 tons and about the size of a 10-story building, although only 5-9 tons are expected to survive re-entry and impact with Earth.

Our latest prediction for #CZ5B rocket body reentry is:
🚀05 Nov 2022 04:51 UTC ± 14 hours
Reentry will be along one of the ground tracks shown here. It is still too early to determine a meaningful debris footprint. Follow here for updates: https://t.co/KZZ9Lh2VoU pic.twitter.com/HeMwDu1VLR

This situation is alarming, since Aerospace Corporation explains what it presents risk for life safety and property damage, as more than 88 percent live under the potential footprint where re-entry would take place.

“It is well above the commonly accepted thresholds,” said the US corporation, for this reason, experts from the Center for Orbital Debris and Reentry Studies are tracking it down.

Thus, according to the trajectory that it follows, the predictions of scientists point to the Chinese rocket colliding with Earth this Saturday. November 5th at 4:51, Coordinated Universal Time.

However, this measurement has error range 14 hours, which also implies a difference of kilometers from the place where it could fall, so the study center pointed out that preventive preparation is required.

“Factors such as the uncontrolled manner of descent of the rocket core and its size, which is too large to burn up completely in Earth’s atmosphere, collectively present risks high enough to require a preventative preparation around the world,” he shared.

Well, even the Space Surveillance and Tracking Operations Centers of the European Union anticipate that the re-entry of the out-of-control Chinese rocket to Earth will occur between this Friday and Saturday. 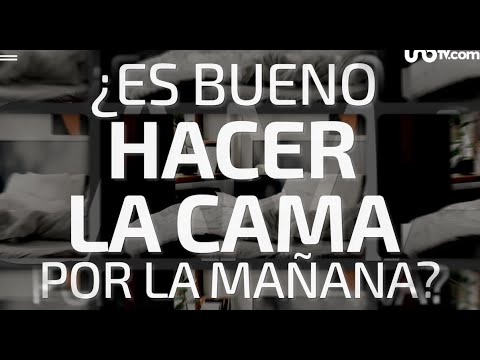 Is it good to make the bed in the morning?

The urgency to stop the war Hyperrealistic image of Jesus Christ is exposed in The Mystery Man