Fedora 37 Beta It is now available to enter the final stretch of the development of the next version of the community distribution sponsored by Red Hat, which is in turn the project on which the technologies that will be incorporated into RHEL in the future are tested (although that does not mean say that Fedora is not suitable for home use and production).

Fedora 37 promises to be more evolution than revolution, starting with a GNOME 43 that will arrive with more applications ported to GTK 4. Here we can highlight Files/Files, before the Nautilus file explorer, which now sports the aesthetic aspect promoted through of the base libadwaita implementation. Other changes to the desktop environment make it look more and more like macOS, starting with a redesign of the dialog that lets you shut down or restart your computer, log out, and access basic network settings.

In fact, what aims to be the newest of Gnome 43 is his security panelwhich will take care of advise on the security status of the computer by checking features such as Secure Boot, IOMMU, and TPM. In case some of them are disabled or misconfigured, the tool will let the user know.

Attempting to shutdown the system from GNOME 43.

For the rest, we remember that Fedora stands out for implementing GNOME in its original form, something that is reinforced by the close relationship that both projects have with Red Hat, thus forming what is possibly the best-known triangle in the entire Linux spectrum. In case it has not been clear, Fedora, GNOME and Red Hat have had a fairly close relationship for many years, with people who are active on all three sides at the same time.

fedora 37 will offer official support for Raspberry Pi 4it will discontinue the ARMv7 architecture, have SELinux parallel tagging enabled by default, and set /sysroot as read-only in edits Silverblue and Kinoite. The Fedora CoreOS and Fedora Cloud Base editions will be promoted for official recognition and at the level of technologies for software development will be Python 3.11, Perl 5.36 and Golang 1.19. For those who want to contribute to its improvement, the future Anaconda installer built with web technologies is present in the preliminary phase. 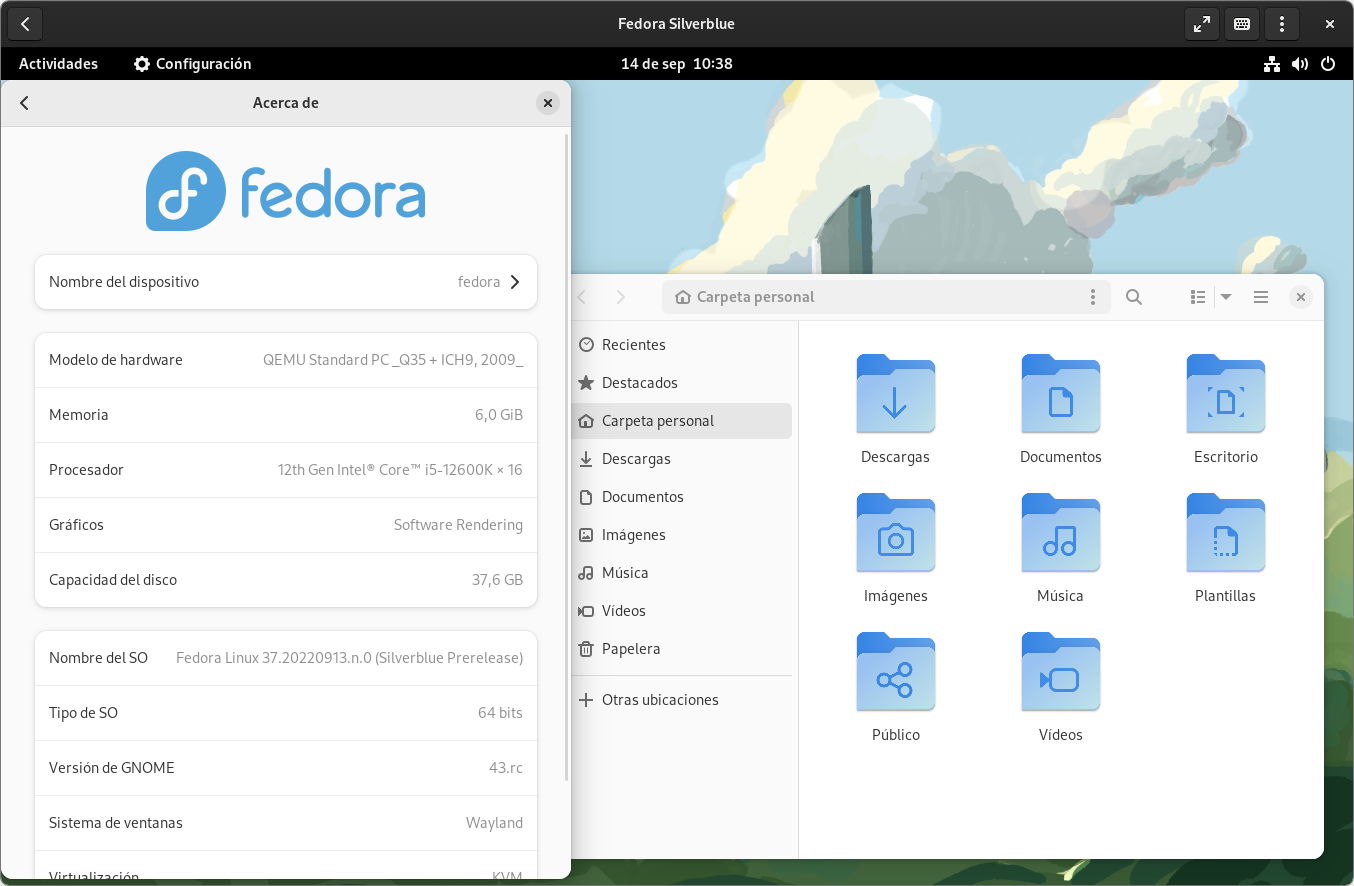 Although Fedora’s relationship with GNOME is quite close, in recent times it has been seen that the spin with KDE has gained quite a few followers. Additionally, users have a plethora of spins available to them with Xfce, MATE, Cinnamon, and the i3 window manager, but it’s important to note that even with a light desktop, systems coming from the Fedora project tend to be heavy. , so its use is not particularly recommended on modest computers.

And so far the most interesting of Fedora 37 Beta. The publication as stable of the future version of the distribution is scheduled for October 18, but seeing that there is more than a month to go, there are likely to be delays if bugs are detected that block the launch.