“The condition of solitude, of abandonment” in which many suffering people are left is “an atrocity” that must “be overcome before any other injustice.” Referring to the parable of the good Samaritan, the Pope issues this warning in the message -published on Tuesday, January 10- for the xxxi World Day of the Sick, which is celebrated on February 11, liturgical memory of the Blessed Virgin Mary of Lourdes, on the theme “”Take care of him”. Compassion as a synodal healing exercise».

Compassion as a synodal healing exercise

Illness is part of our human experience. But, if it lives in isolation and abandonment, if it is not accompanied by care and compassion, it can become inhuman. When we walk together, it is normal for someone to feel bad, to have to stop due to exhaustion or a setback. It is there, in those moments, when we can see how we are walking: if we really walk together, or if we are going the same way, but each one does it on their own, looking out for their own interests and letting the others “fend for themselves”. ”. Therefore, in this xxxi World Day of the Sick, in full synodal journey, I invite you to reflect on the fact that it is precisely through the experience of fragility and illness that we can learn to walk together according to God’s style, which is closeness , compassion and tenderness.

In the book of the prophet Ezekiel, in a great oracle that constitutes one of the culminating points of all Revelation, the Lord says thus: “I myself will feed my sheep and I will take them to rest” oracle of the Lord. I will search for the lost sheep, I will bring back the stray, I will bandage the wounded and I will heal the sick. […]. I will feed them with justice” (34,15-16). The experience of loss, illness and weakness are part of our path in a natural way, they do not exclude us from the people of God; on the contrary, they take us to the center of attention of the Lord, who is a Father and does not want to lose any of his children along the way. It is, therefore, about learning from Him, to truly be a community that walks together, capable of not letting itself be infected by the throwaway culture.

the encyclical Fratelli tutti, as you know, proposes an updated reading of the parable of the good Samaritan. I chose it as an axis, as a turning point, to be able to get out of the “shadows of a closed world” and “think and create an open world” (cf. n. 56). In fact, there is a deep connection between this parable of Jesus and the many ways in which brotherhood is denied today. In particular, the fact that the beaten and stripped person is left by the side of the road represents the condition in which many of our brothers and sisters are left when they are most in need of help. It is not easy to distinguish which attacks against life and its dignity come from natural causes and which, instead, come from injustice and violence. In reality, the level of inequalities and the prevalence of the interests of a few already affect all human environments, to such an extent that it is difficult to consider any experience as “natural”. All suffering takes place in a “culture” and in the midst of its contradictions.

However, the important thing here is to recognize the condition of loneliness, of abandonment. It is an atrocity that can be overcome before any other injustice, because, as the parable tells us, all it takes to remove it is a moment of attention, the inner movement of compassion. Two passers-by, considered religious, see the wounded man and do not stop. The third, on the other hand, a Samaritan, an object of contempt, felt compassion and took care of that stranger on the road, treating him as a brother. By acting in this way, without even thinking about it, he changed things, generated a more fraternal world.

Brothers, sisters, we are never prepared for disease. And often not even to admit the advance of age. We are afraid of vulnerability and the pervasive culture of the market pushes us to deny it. There is no place for fragility. And thus evil, when it breaks in and assaults us, leaves us stunned. It can happen, then, that others abandon us, or that it seems to us that we should abandon them, so as not to be a burden for them. This is how loneliness begins, and we are poisoned by the bitter feeling of an injustice, for which even Heaven seems to close. In fact, it is difficult for us to remain at peace with God when our relationship with others and with ourselves is ruined. This is why it is so important that the entire Church, also in regard to illness, confront the evangelical example of the Good Samaritan, in order to become a true “field hospital”. Its mission, especially in the historical circumstances we are going through, is expressed, in fact, in the exercise of care. We are all fragile and vulnerable; we all need that compassionate attention, which knows how to stop, approach, heal and lift. The situation of the sick is, therefore, a call that interrupts indifference and slows down the pace of those who advance as if they did not have sisters and brothers.

The World Day of the Sick, in fact, not only invites to prayer and closeness to those who suffer. It also aims to sensitize the people of God, health institutions and civil society about a new way of moving forward together. Ezekiel’s prophecy, quoted at the beginning, contains a very harsh judgment about the priorities of those who exercise economic, cultural, and government power over the people: “You feed yourselves with milk, you dress with wool, you sacrifice the fatter sheep, and do not feed the flock. They have not strengthened the weak sheep, they have not healed the sick, they have not bandaged the wounded, they have not brought back the straying, nor have they sought the lost. On the contrary, they have dominated them with rigor and cruelty» (34,3-4). The Word of God is always illuminating and current. Not only in his complaint, but also in his proposal. In fact, the conclusion of the parable of the good Samaritan suggests how the exercise of fraternity, initiated by a face-to-face meeting, can be extended to organized care. The inn, the innkeeper, the money, the promise to keep each other informed (cf. lc 10, 34-35): all this makes us think about the ministry of the priests; in the work of health and social agents; in the commitment of family members and volunteers, thanks to whom, every day, in all parts of the world, good opposes evil.

The years of the pandemic have increased our feeling of gratitude towards those who work every day for health and research. But, from such a great collective tragedy, it is not enough to honor some heroes. Covid-19 put this great network of capacities and solidarity to the test, and showed the structural limits of the current welfare systems. Therefore, it is necessary that gratitude be accompanied by an active search, in each country, for strategies and resources, so that all human beings are guaranteed access to assistance and the fundamental right to health.

“Take care of him” (lc 10:35) is the Samaritan’s recommendation to the innkeeper. Jesus also repeats it to each one of us, and at the end he exhorts us: “Go and do the same”. As I underlined in Fratelli tutti, «the parable shows us the initiatives with which a community can be remade from men and women who make the fragility of others their own, who do not allow a society of exclusion to be erected, but who become neighbors and raise and rehabilitate the fallen, so that the good may be common” (n. 67). In reality, “we have been made for the plenitude that can only be achieved in love. It is not a possible option to live indifferent to pain” (n. 68).

On February 11, 2023, let us also look at the Sanctuary of Lourdes as a prophecy, a lesson that is entrusted to the Church in the heart of modernity. It is not only worth what works, nor do only those that produce count. Sick people are at the center of God’s people, who advance with them as a prophecy of a humanity in which everyone is valuable and no one should be discarded.

I entrust to the intercession of Mary, Health of the sick, each one of you who are sick; to those who are in charge of caring for them —within the family, with their work, in research or in volunteering—; and to those who are committed to forging personal, ecclesial and civil bonds of fraternity. I cordially send my Apostolic Blessing to all of you. 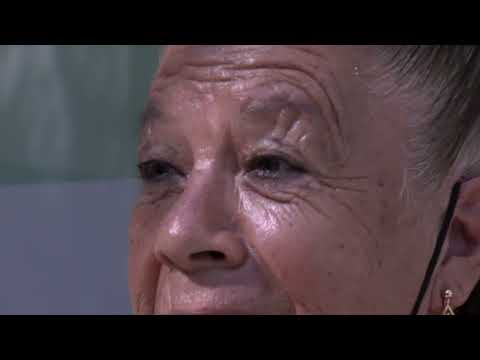 Jeanlogia grows 55% and triggers its profit in 2021 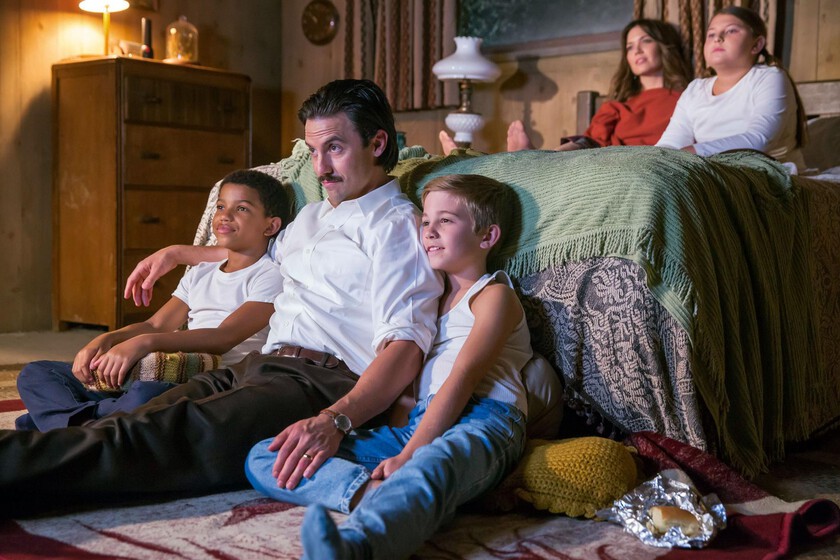 Five psychologists recommend the best books, series and movies to start the year betting on well-being and mental health 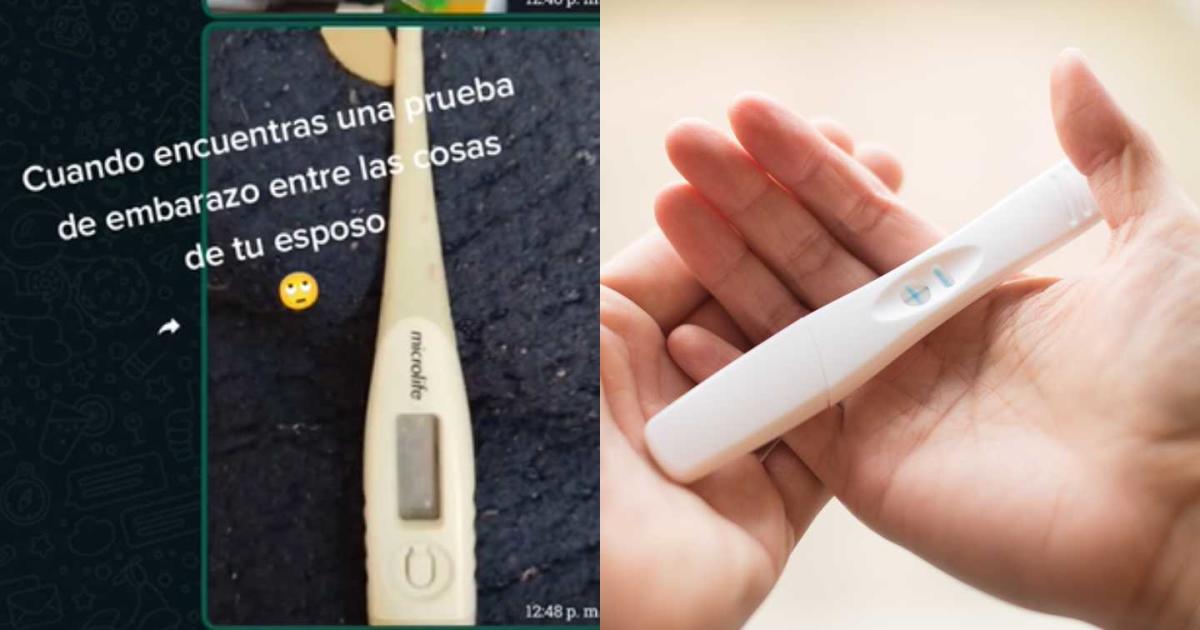